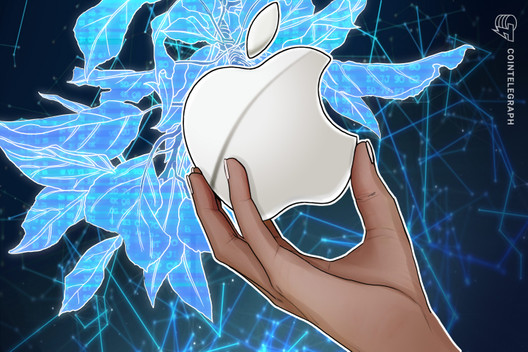 One takeaway? Crypto appears to have a lot of room for growth.

While the crypto space has seen tremendous growth over the past decade, the asset class still holds a tiny amount of value compared to mainstream markets, especially when pitted against giants such as Apple.

Apple stock (AAPL) holds a staggering $2 trillion market cap, dwarfing all the speculative capital held within the entire crypto space, which, at press time, totals a mere $342.8 billion according to CoinMarketCap.

The crypto industry has grown from simply a concept in 2008, with the inception of Bitcoin’s white paper, to hosting billions of invested dollars. Bitcoin itself went from less than $1 per coin, all the way to $20,000 at its all-time high, carrying a press time market cap of roughly $194 billion.

The entire industry, however, still sits at a fraction of the size of Apple’s total combined stock shares; the market cap of the Blockchain industry as a whole could triple and still not reach Apple’s market valuation.

The tech company, known for pushing the smart phone revolution, currently holds the biggest market cap on the U.S. stock market, based on data from TradingView. “It’s the first publicly traded U.S. company to reach a $2 trillion market cap,” CNBC said of Apple in an Aug. 19 brief.

As of press time, Bitcoin itself has reached parity with the net worth of Jeff Bezos. The two stores of wealth have duked it out in recent months in terms of overall U.S. dollar value.

You’re invited to share your opinion about this news “Apple stock market cap shows just how small crypto still is” by adding your comment bellow. Let’s keep this discussion civilized with a non-offensive language.

Posted on Saturday, September 5, 2020 by Oliver | Leave a Comment