Bitcoin Appreciated By Over 70,000x Over Past Decade: Can BTC Move Even Higher?

While investors are still reeling in pain due to 2018’s downturn, Bitcoin (BTC) remains drastically higher than it was two years ago. In fact, in the past 24 months, BTC has moved from $1,200 to $3,900 — a rally of 3.25 times. These gains may sound impressive, especially considering the relatively measly 10% that the S&P 500 has historically offered stock market investors, but the cryptocurrency’s overall solid performance in the past two years is just the tip of the proverbial iceberg.

Better yet, some argue that there’s a high likelihood that this iceberg could continue to swell, especially as cryptocurrencies begin to garner traction from Venezuela and Argentina to Australia and the United States.

MarketWatch reports that while investing $100 in the initial public offerings (IPOs) of today’s most prominent companies by and large netted spectacular results, a similar investment in Bitcoin when it first traded against fiat ($0.05 on July 16th, 2010) would have seen an even better performance.

The business outlet claims that if one strapping investor put $100 into BTC on the aforementioned date and somehow held onto the cryptocurrency, even with the copious amount of exchange imbroglios (QuadrigaCX being the latest), that sum would have swelled to over $7,000,000. This, for those wondering, is upwards of a 70,000% or 7,000,000% gain — something most investors can’t even comprehend. 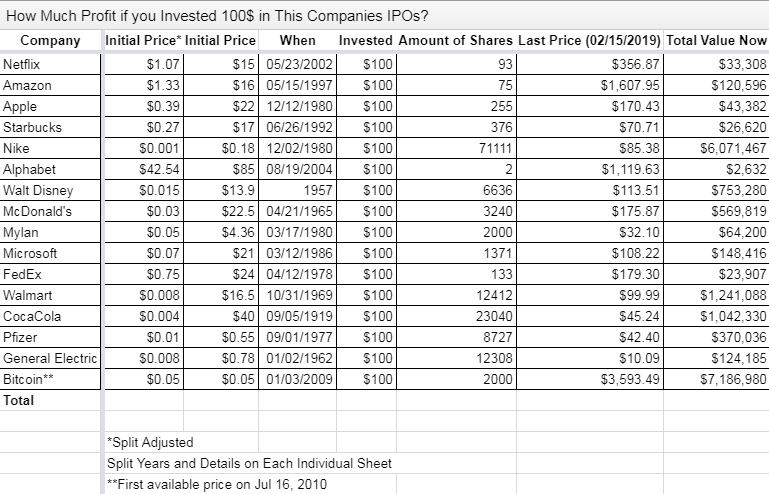 To put this figure in perspective, here are some stats about some of the American stock market’s most hyped IPOs and what profit they turned. Alphabet (Google) only turned a relatively mediocre $2,532 profit, in spite of the fact that it is one of the world’s most valuable companies. Even Amazon, a now-multinational conglomerate started out of a humble garage in Seattle by a Wall Street hotshot, only turned a profit of $120,496.

Out of the list that MarketWatch compiled, only one company’s IPO turned profits similar to when Bitcoin ‘IPOed’ — this being Nike, which has seen initial investors’ funds swell by 60,000 times.

Even still, BTC pulls ahead in this race, accentuating its asymmetric risk/return profile and inability to stay cohesive with the movements of traditional markets.

But who’s to say that Bitcoin can’t move even higher from here?

Could BTC Move Higher From Here?

A 7,000,000% return on is evidently astonishing, but some have seriously suggested that further highs are on the horizon, albeit likely a year or two away at the minimum. Popular industry commentator The Crypto Dog, known for his astute takes on the market, recently explained that Bitcoin’s status quo (and crypto’s by extension) is to lose 80% to 90% of its value “and then pumping back up and higher.”

Thus, the STEM dropout concluded that he cannot comprehend how “mass human psychology will change between now and the next rumblings of a bubble,” hinting at his belief that while he isn’t sure when another parabolic rally will strike, one is surely in the works. Crypto Dog is far from the first from thinking this way.

Anthony Pompliano, the founder of Morgan Creek Digital, has claimed on multiple occasions that just as Bitcoin outperformed any other asset in the past ten years, it will do the same in the coming decade. Pomp, as the former Facebook growth employee is best known as, took to Twitter just weeks ago to claim that “crypto will outperform stocks for the next 10 years.” 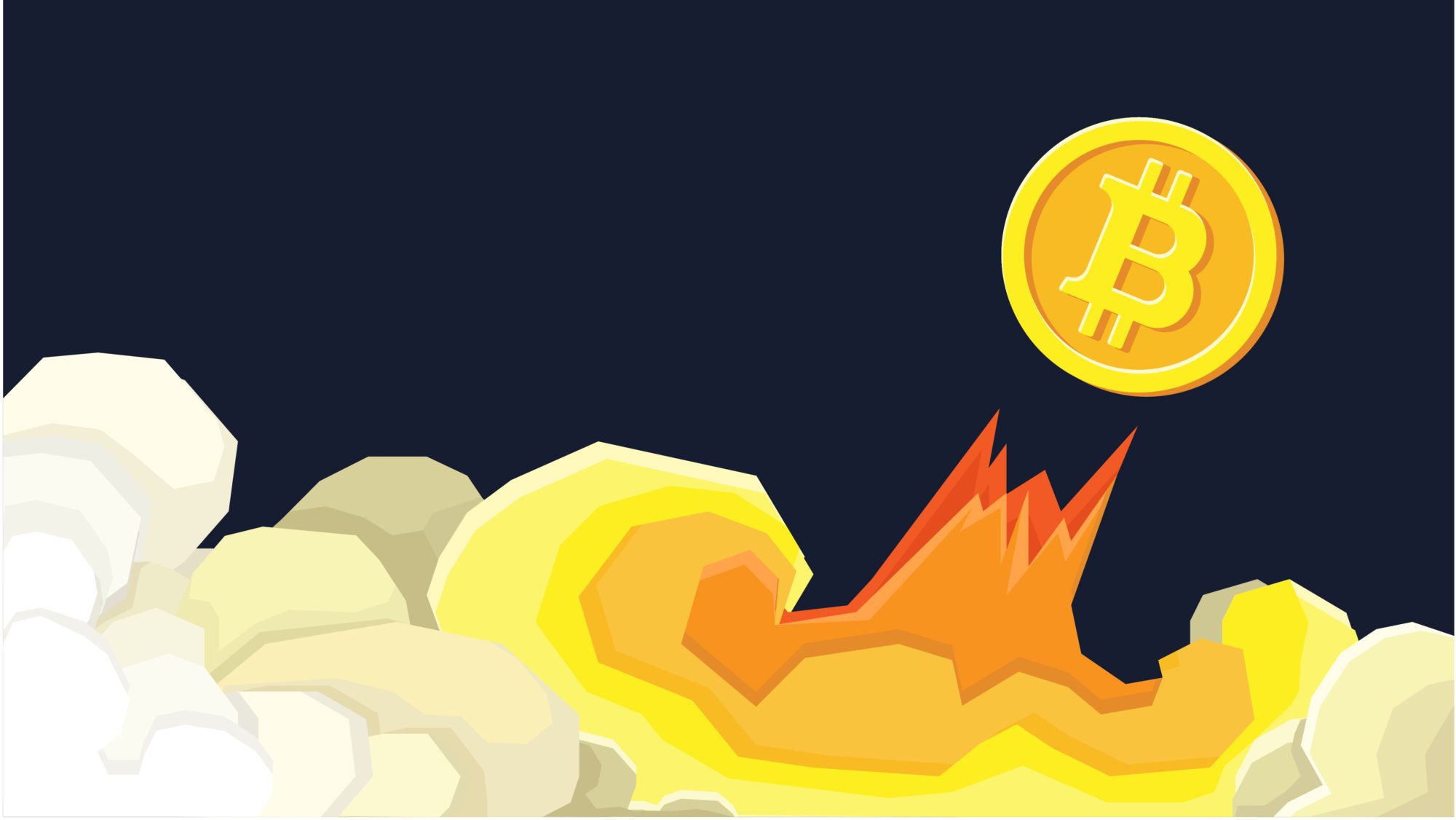 He said this in reference to the fact that a 1% BTC and 99% cash portfolio beat the performance of the S&P 500 over the last ten years, as reported by NewsBTC previously. Pompliano’s partner in crime, Mark Yusko, has expressed a similar sentiment. On a CNBC segment in December, Yusko claimed that he expects U.S. equities, namely publicly-tradable stocks, to post “basically no returns” over the coming years. He added that on the other hand,  cryptocurrencies, such as Bitcoin, will post “great returns.”

While the stage could be set for a rally “to the moon,” as some optimistic traders like to say, where Bitcoin will settle next is still a topic of contention.

Analyst $carface has settled at somewhere in the low six-digit range. Per previous reports from this outlet, $carface explained:

But then again, some have expressed caution towards this theory. They claim that there is a likelihood that Bitcoin might turn out how its advocates expect.

You’re invited to add your comments bellow about topic: Bitcoin Appreciated By Over 70,000x Over Past Decade: Can BTC Move Even Higher?.