Crypto exchange Coincheck partners with Hashpalette for IEO in Japan 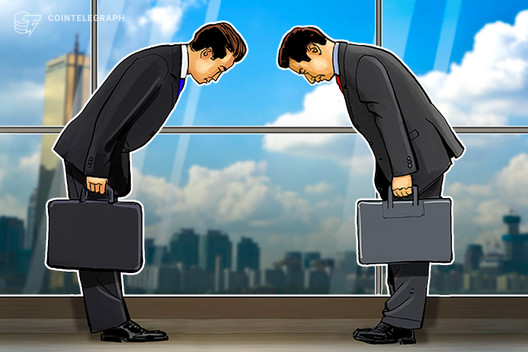 Japanese exchange Coincheck will be offering an initial exchange offering in coordination with Hashpalette to sell its Palette Tokens.

According to an Aug. 25 announcement from Coincheck, the crypto exchange will be partnering with Japanese company Hashpalette to implement an initial exchange offering (IEO) to sell Palette Tokens (PLT) on the Ethereum blockchain platform Palette. The crypto exchange plans to coordinate the IEO with the Japan Virtual and Crypto assets Exchange Association (JVCEA) by the end of this year.

Hashpalette was established in March as a joint venture between Japanese company Link-U and blockchain firm HashPort. The non-fungible tokens (NFT) can be used on the Palette blockchain platform for a variety of purchases related to Japanese manga comics, sports, and music. The firm said it was “in discussions with multiple companies” in regards to the IEO.

“We are building an ecosystem that allows creators and artists to provide customers with unique experiences in digital content,” said a representative from Coincheck. “We can accelerate the growth of this ecosystem with crypto assets for supporting payment methods and voting, and the sales and distribution of Palette Tokens provided as incentives for operating nodes.”

An IEO is a fundraising method administered by an established and proven crypto exchange. In contrast to an initial coin offering (ICO), where the fundraising is conducted by a project team themselves, an IEO is carried out on a well-known exchange’s platform for raising funds by issuing utility tokens.

Coincheck has hinted at its plans to establish an IEO for more than a year. Its parent company, Japanese financial services firm Monex Group, has mentioned the possibility of an IEO in periodic public statements.

You’re invited to share your opinion about this news “Crypto exchange Coincheck partners with Hashpalette for IEO in Japan” by adding your comment bellow. Let’s keep this discussion civilized with a non-offensive language.