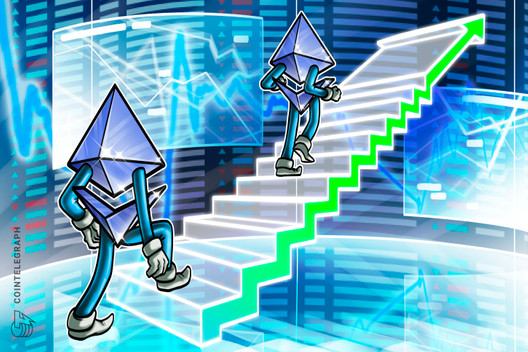 Ethereum price surged to a two-year high at $445 and record open interest on ETH futures hints that the rally will continue.

Today the price of Ethereum’s Ether (ETH) hit a two-year high according to data from crypto trading terminal Crryptowatch. Despite the breakout to $445, open interest on ETH futures remains steady at a new record high of $1.5 billion.

The record high open interest on ETH futures hints that traders remain bullish and further gains could be seen over the coming days.

In recent months, Ethereum has seen strong momentum due to the explosive growth of the Decentralized Finance sector. The demand for Ether led to a sharp increase in gas (transaction fees) and this possibly added to demand for Ether.

On Aug 11, Santiment reported that Ether fees reached an all-time high in both ETH and USD terms. Since users have to purchase ETH to pay fees to miners, it could have acted as a catalyst for the rally. Researchers at Santiment wrote:

“On Tuesday, #Ethereum fees reached all-time high values in both $USD and $ETH. Since this record breaking statistic was hit, the #2 ranked market cap #crypto asset has risen +13% and sentiment has remained positive. This is an indication that although traders obviously prefer fees to be lower, the ramifications on people’s willingness to transact via an asset they believe in (at least in the short-term) are fairly minimal.”

Following Ether’s breakout from a two-year range, traders generally anticipate a stronger uptrend ahead. A well-known trader called “Satoshi Flipper” said there is no hard resistance for ETH until $780. He said:

“2 years ETH spent in that range and we finally broke out No hard resistance until $780. This run has literally just started.”

Another pseudonymous trader known as “Byzantine General” said the open interest of Ethereum is still “massive.” He suggested that traders might still be anticipating a bigger price movement. He noted:

“ETH open interest is still absolutely massive. So that means… That… We haven’t even seen ‘the’ big move yet?” 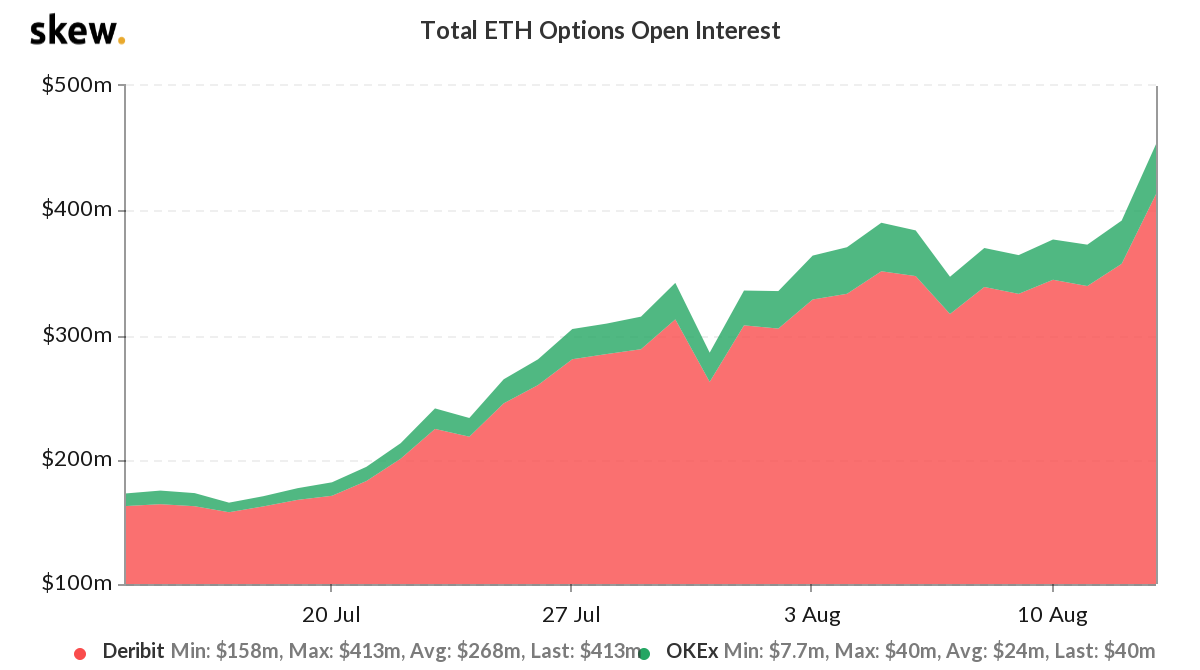 Typically, when a cryptocurrency sees a major price movement, the open interest drops. This is because large moves often lead to short and long squeezes on the asset which are then followed by a period of consolidation.

For Ether, however, the open interest has climbed to over $1.5 billion, according to data from Skew. Huobi and OKEx alone have $761 million worth of ETH futures contracts currently open.

What’s next after a two-year high

Buoyed by various factors, including DeFi, institutional adoption, and an overall improvement in market sentiment, Ether has surged 235% year-to-date. The Cryptowatch team said:

In the medium-term, traders expect the altcoin to test higher resistance levels, especially if the Ethereum blockchain continues to see high user activity with sentiment driven by ETH 2.0.

You’re invited to share your opinion about this news “Ethereum Price Hits 2-Year High as ETH Futures Open Interest Tops $1.5B” by adding your comment bellow. Let’s keep this discussion civilized with a non-offensive language.