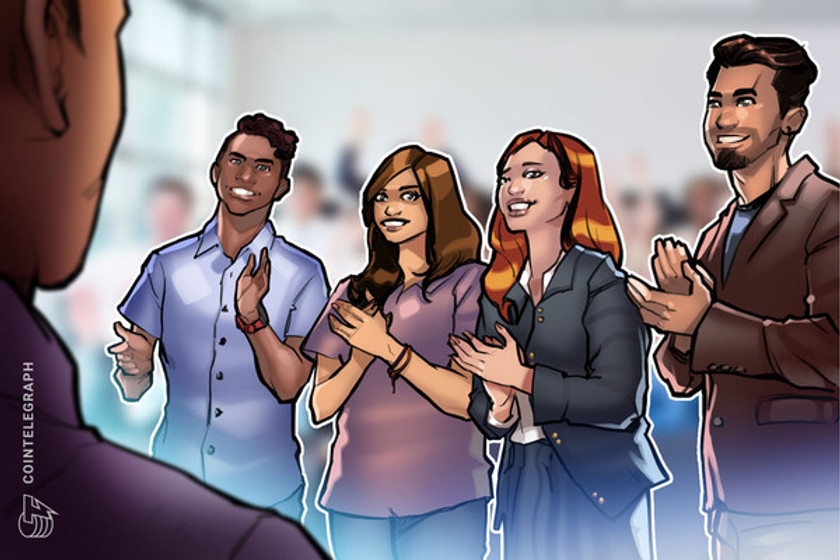 With more than 100 books to their names, the authors are considered among the most successful British gamebook authors, writing the Fabled Lands, Fighting Fantasy, and The Crystal Maze gamebooks. Gamebooks are interactive stories where the reader can choose the story’s direction through their own choices.

Morris and Thomson have contributed to more than 70 books and 30 books respectively. One of Thomson’s most successful series has been published in the UK, Japan, France, the U.S., Italy, and Sweden, with each of the six titles selling more than 60,000 copies in the UK alone.

Both authors are also game developers who often write gamebooks and supporting works for fantasy and role-playing games and have worked with some blockchain projects before.

“The Vulcan Verses” narrates the story of the Vulcan God who embraces human technology to create a 3D virtual world and restore the fading powers of the Old Gods. Thomson said the trilogy will be set in the universe, which blends Greco-Roman mythology and high fantasy:

“The books will be a prequel to the virtual game, documenting the journey from technology and atheism taking over to the point when the old gods must choose either to fade into memory or to take things into their own hands.”

VulcanVerse is a Massively Multiplayer Online Role-Playing Game (MMORPG) that allows users to buy and sell plots of virtual land tied to NFTs while interacting with other players. The game is set for release later this year alongside a standalone 3D builder app that allows players to design scenery, customize characters, and create their own artwork.

The plots of land go on sale on Sep 30 and only 10,000 plots of 20m x20m land will ever be created. Each plot costs $100 and is able to be purchased with Ether (ETH), Tether (USDT), VeThor (VTHO), or VeChain’s native token VET, with a 5% and 15% discount for Economic Nodes and VeChain X-Nodes respectively.

You’re invited to share your opinion about this news “Fantasy authors turn the VulcanVerse NFT game into a trilogy of books” by adding your comment bellow. Let’s keep this discussion civilized with a non-offensive language.