‘Irrational, even by crypto standards’: KSM moons as Kusama looks to Mars 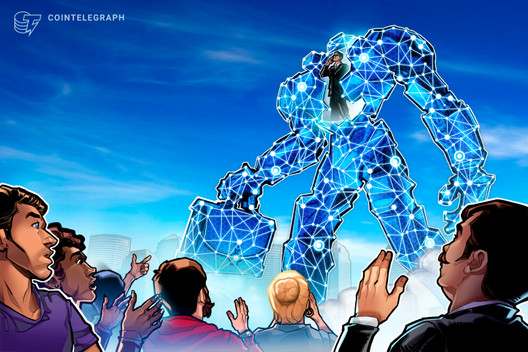 Polkadot’s ‘canary network’ has tripled in price this month, with Kusama having unveiled an ambitious plan to relay blockchain transactions from Mars.

Polkadot’s pseudo-test network or ‘canary chain’, Kusama (KSM), has been among the month’s strongest performers, rallying from less than $10 at the start of the month to an all-time high of $35 two days ago.

Less than six months ago, KSM was trading for only $1.50. Kusama is now the 62nd-largest crypto asset with a $253 million market cap and a $34 million 24-hour trade volume.

“The once wholly experimental, unaudited trial network meant to serve as a sandbox for Polkadot developers is now worth almost $300M.”

Withiam noted that the Web3 Foundation previously stated that 1% of the DOT supply would be allocated to Kusama’s stakeholders and community — suggesting KSM may comprise “a future claim on DOT.” However the researcher points out that Kusama is currently trading at a 600% premium over 1% of DOT’s market cap.

“Most sane investors might find this irrational, even by crypto standards.”

Following Kusama’s recent hackathon, the project has launched an ambitious project in partnership with fellow Polkadot ecosystem member Robonomics to develop “an interplanetary architecture of the Kusama network” capable of relaying data between Mars and Earth.

The project, dubbed ‘Kusama on Mars’, will seek to mitigate the changing signal transit time resulting from the constant motion of the planets by building a parachain with “non-constant block time.”

The architecture would see a dedicated blockchain live on Mars that communicates with other chains hosted from Earth. The project has been informed by the United Nations’ 1979 Agreement Governing the Activities of States on the Moon and Other Celestial Bodies.

You’re invited to share your opinion about this news “‘Irrational, even by crypto standards’: KSM moons as Kusama looks to Mars” by adding your comment bellow. Let’s keep this discussion civilized with a non-offensive language.