OneCoin Founder’s Brother Agrees to Testify Against Sister in Settlement 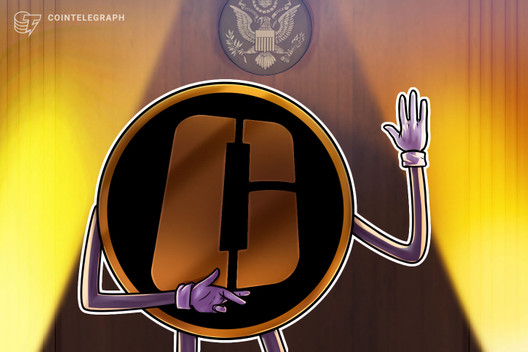 The OneCoin case now seems to turn the sibling founders against each other.

Konstantin Ignatov, the brother of OneCoin’s fugitive founder Ruja Ignatova and a major figure behind the $4 billion Ponzi scheme, agreed to testify against his sister as part of a settlement that saw Ignatov dismissed from civil litigation targeting the scam.

Newly reported details regarding the settlement’s terms reveal that Ignatov has agreed both to cooperate with the class of OneCoin investors bringing the suit forward and to testify against his sister on their behalf should the suit go to trial.

Ignatov is also a defendant and cooperating witness in a parallel criminal case, with his testimony helping secure the conviction of lawyer and alleged OneCoin money launderer Mark Scott in November 2019.

Ignatov pled guilty to charges of money laundering and conspiracy to commit wire fraud in October, and is facing up to 90 years imprisonment in the criminal case. Ignatov’s sentencing is currently scheduled for Nov. 11.

Reports indicate that the Phoenix Thoroughbreds racing firm was banned from French competition for its alleged ties to OneCoin over the last week, with the company also withdrawing from British events.

Abdulaziz and Phoenix Thoroughbreds have rejected the alleged association with the Ponzi scheme.

Last month, the bodies of two-former OneCoin promoters were found in Mexico.

You’re invited to share your opinion about this news “

OneCoin Founder’s Brother Agrees to Testify Against Sister in Settlement

” by adding your comment bellow. Let’s keep this discussion civilized with a non-offensive language.