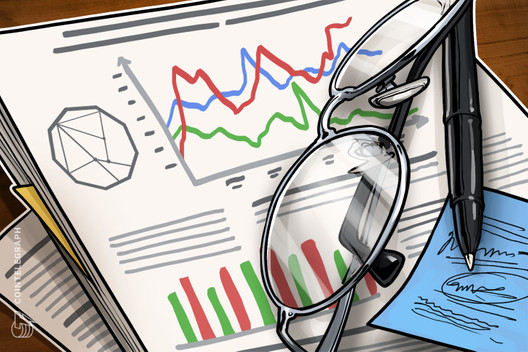 Uniswap’s daily volume has rallied to nearly $25 million despite the spotlight on imposter tokens trading on the exchange.

Daily trade volume on the decentralized exchange (DEX) and liquidity pool Uniswap has rallied to $25 million on the back of a strong first day of trade for the digital asset protocol Ampleforth’s AMPL.

ETH-AMPL currently comprises Uniswap’s top pairing by volume, with nearly $2.9 million in trade activity over the past 24 hours. The past day comprises the second-strongest on record for Uniswap V2, however, the first incarnation of the exchange has seen brief spikes into the hundreds of millions three times in the past 12 months.

Uniswap is quickly emerging as a leading DEX, with rivals Kyber Network representing $7.6 million in daily trade, IDEX posting nearly $1 million in 24-hours, and Binance DEX hosting  $730,000 in swaps over the past day.

While Uniswap’s volumes pale in comparison to the multiple billions that are traded on the leading centralized exchanges, the relative absence of high-frequency algorithmic traders and arbitrage bots probably explains a lot — as does the absence of wash trading.

The prevalence of imposter coins has led Uniswap to publish a warning for ERC-20 token pairings on its platform. The notice reads:

“Anyone can create and name any ERC20 token on Ethereum, including creating fake versions of existing tokens and tokens that claim to represent projects that do not have a token. Similar to Etherscan, this site automatically tracks analytics for all ERC20 tokens independent of token integrity. Please do your own research before interacting with any ERC20 token.”

Tokens accepted into the list must comply with basic standards such as not being associated with malicious addresses. Accepted tokens can apply to for badges representing various qualities that a coin possesses, and are vetted by users.

Kleros suggests that decentralized exchanges like Uniswap implement badge requirements for listings, mobilizing the wisdom of its crypto community to ensure high standards are maintained among supported assets.

You’re invited to share your opinion about this news “Uniswap’s Daily Volume Nudges $25M Despite Scam Token Concerns” by adding your comment bellow. Let’s keep this discussion civilized with a non-offensive language.