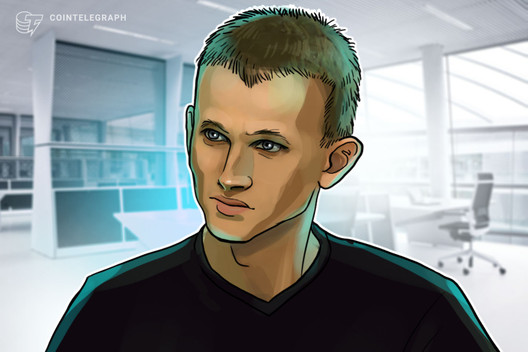 Vitalik Buterin, the co-founder of Ethereum (ETH), has again taken to Twitter to warn against naive bullishness in the decentralized finance (DeFi) sector, comparing the economics of yield farming tokens to the Federal Reserve’s money printing.

Yield farming – providing liquidity to earn interest in the form of tokens – has taken the crypto community by storm and sparked the DeFi boom.

However, Buterin highlighted the aggressive supply inflation of many governance tokens, saying this puts downward pressure on the prices of “coins that are getting printed nonstop to pay the liquidity providers.”

Seriously, the sheer volume of coins that needs to be printed nonstop to pay liquidity providers in these 50-100%/year yield farming regimes makes major national central banks look like they’re all run by Ron Paul.

Buterin is not alone in his assessment of these inflationary aspects of the DeFi sector, with Twitter user ‘Larrypc’ likening yield farming to “a giant Ponzi scheme.”

Yield farming at this point is just a giant Ponzi scheme

Someone forks a well-established project, makes minimal changes, gives it a funny name

Some insiders farm a large amount of coins, shill it on social media, and dump it on naive investors at massively inflated prices

Not everyone is a skeptic, with investor David Lach responding: “If you see those printed coins as new cryptocurrencies (like BTC, ETH etc.) then yes, it’s insane. But if you see them as equity in new crypto startups/projects that generate cash-flows, it’s not that crazy. There will always be new startups with real potential in crypto.”

But Buterin countered that he sees “no plausible path” for many projects to generate cash flow, emphasizing the need for fee-generating applications to sustain a project over the longer term:

So far the only strategy toward generating long-term fees that I see is some kind of weird financial attack to grab liquidity and steal network effect from Uniswap. And I’m pessimistic on that strategy.

Buterin’s comments come in the light of decentralized exchange and yield farming platform SushiSwap exploding in popularity over the weekend owing to an aggressive governance token distribution strategy intended to incentivize early users, with 10 times the base rate of 100 SUSHI per block set to be paid out to liquidity providers.

The yield farming frenzy has reignited concerns regarding Ethereum’s scaling capacity, with the complex smart contract executions underpinning the transactions of many DeFi projects resulting in fees in triple-figures to perform basic operations.

The decentralized exchange (DEX) for ERC-20 tokens, Uniswap, has emerged as the network’s largest source of gas fees — driving roughly $7 million in fees over just the past month.

You’re invited to share your opinion about this news “Vitalik Buterin compares DeFi tokenomics to the Fed’s money printer” by adding your comment bellow. Let’s keep this discussion civilized with a non-offensive language.

Posted on Tuesday, September 1, 2020 by Oliver | Leave a Comment